Making Your Home Look Outstanding Gavin Cater can come to your home for an hour or two, and then transform it from good to great. He is an excellent real estate photographer, and a member of my team. I work with Gavin because of the results he helps me to produce: increased values. Part of what sets Gavin apart from many others is the time he spends in post-production — that is after he END_OF_DOCUMENT_TOKEN_TO_BE_REPLACED 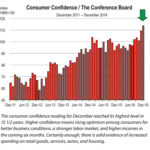 by Mark Schniepp • January 2, 2017 With the election decided, what can you expect in 2017? In the November newsletter, I widely assumed, as did the rest of America, that Clinton would prevail on election day. And given that, economic policy and economic growth would not change much from where they were in 2016. Well as stunned as we are from the outcome of the election, if congress supports END_OF_DOCUMENT_TOKEN_TO_BE_REPLACED 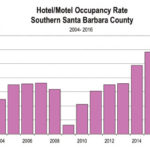 During the ﬁrst three months of the year, the County’s labor market has been proliﬁc in creating jobs. At the current pace, the county will add more than 5,000 jobs to total employment, and half of those jobs are located in the South Coast areas of Goleta, Carpinteria, and Santa Barbara. END_OF_DOCUMENT_TOKEN_TO_BE_REPLACED