The most expensive Montecito home sold in the past 60 days was 1590 East Mountain Drive which sold for $27,500,000. It has 10,812 square feet of Mediterranean Villa on 2.44 ocean view acres, located a few blocks from the San Ysidro ranch with staff quarters and a guest house. The least expensive sale was a foreclosure property at 2920 Torito Road, off Toro Canyon, a two bedroom, one bath home with 870 square feet that sold for
$818,000.

As of the ﬁrst of September the median price is up 4.5 percent to $2,950,000, while the number of sales for 2015 in Montecito was 11 percent below 2014. The market has been solidifying and tightening this year. A year ago properties closed for 88 percent of the original listing price. This year Montecito homes are fetching 92 percent of the original
asking price. There is a steady drumbeat of sales, even if not quite as many as last year.

There is an impression that we are selling more high priced homes, but the dollar volume of homes closed is within one percent of the same total as last year. But, with 11 percent fewer sales, this is more evidence for the solidifying rise in the market. The take away message is that in 2015 home sellers are getting higher prices and closer to the listing price
compared to last.

Other metrics of a home sale we can examine are: the length of time it takes to get into escrow, the inventory of homes for sale, the number of new listings, and, the number of pending sales compared to last year. The time it took to sell a home dropped by ﬁ ve days, compared to last year, to 77 days of marketing before an escrow contract is accepted.

The inventory of homes for sale remains quite tight in Montecito with only 107 homes available for sale. This compares with 114 homes available a year ago. The tight inventory market remains. New listings in Montecito in 2015 have totaled 236. Last year there were 246 listings. Pending sales are slightly higher than the number of closings—pointing to increasing sales. If inventory remains low I expect prices to continue to rise.

Of the 37 closings during the past two months, 30 sold through the Multiple Listing Service. Of these 30, two sold over the listing price, six sold for full price and 22 sold for less than full price. There were 24 price reductions in Montecito in the past 30 days—22 percent of all listings.

Compared to Montecito, the overall Santa Barbara South Coast market has three times as many homes sold in multiple offers and nearly twice as many selling for full price. The higher price point in Montecito makes for more price reductions and longer times on the market. While the vigorous recovery in home sales has been slower to penetrate the upper tiers of the market, it is reaching Montecito.

Dr. Mark Schniepp is currently Director of the California Economic Forecast in Santa Barbara. The Company prepares forecasts and economic commentary on the regional economies of California.

Each issue of Montecito Connection will feature an article I write on the current state of the Montectio market as well as an article by economist Dr. Mark Schniepp, on some current aspect of the economy.

The worldwide stock market turbulence hasn’t appeared to affect the California economy so far. The state added 33,000 jobs in August and the unemployment rate dropped slightly to 6.1 percent.

Year to date, the number of jobs created in California is running at the fastest pace since 1999. And that momentum is not expected to ease through the autumn months. The strength of the state’s labor markets in creating jobs is ﬁnally having the predicted impact on the housing market. Home sales are now rising sharply in the state, and selling values have also moved to their highest levels since 2006. 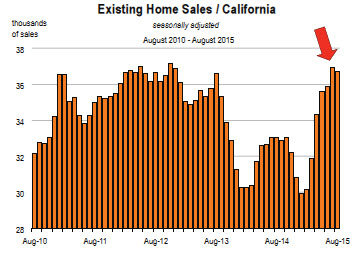 Year to date through August, home sales are 7.5 percent higher than a year ago. 2015 is shaping up to be the
best year for conventional (and not distressed) housing demand since 2006. In Southern Santa Barbara County excluding Hope Ranch and Montecito, home sales during
the ﬁ rst 8 months of 2015 have soared 22 percent! For Montecito, home sales this year have not quite kept pace with last year’s action. Sales are off 8 percent in 2015.

Today, more people are employed and more income is being earned in the state than at any other time in history. According to Freddie Mac, mortgage rates dipped in August, with the 30-year, ﬁxed-mortgage interest rate averaging 3.91 percent, down from 4.05 percent in July. Last week, it appears that rates fell further, to 3.81 percent.

Home selling prices in California are ﬁve percent higher this year than last. However, price appreciation varies greatly depending on location, and the Bay Area is experiencing the most rapid appreciation in home prices. All counties around the Bay report median home price appreciation in double digits this year. For Southern Santa Barbara County excluding Hope Ranch and Montecito, the median selling price for the ﬁrst 8 months of 2015 is $985,000, an increase of 2.6 percent over year-ago selling values. For Montecito, the median selling price for all 2015 sales to date is $2,970,000, an increase of 4.3 percent over the 2014 median price at this same point in the calendar year. 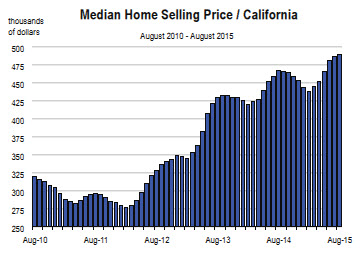 According to the California Association of Realtors newest housing market indicator which measures the sales-to-list price ratio, properties are generally selling a little below the list price except in the San Francisco Bay Area, where a lack of homes for sale is pushing sales prices higher than original asking prices. The statewide measure suggests that homes are selling at a median of 98.8 percent of the list price. The Bay Area is the only region where homes are selling above original list prices due to constrained supply with a ratio of 103.4 percent. This ratio for the Southern Santa Barbara County is 98 percent. 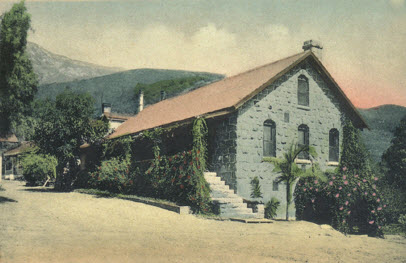 In the 1880’s the San Ysidro Citrus Ranch harvested an average of 300,000 oranges and 100,000 lemons annually. In 1889, a large sandstone packing house was built to handle the citrus production. By 1907 it was serving as the dining room for what is now the Stonehouse Restaurant. It remains one of the best restaurants in Santa Barbara and was named one of the 50 Best Restaurants in America by Open Table.

“When my wife and I set out to buy a home, we thought that our choice of real estate agent was largely incidental. Working with Scott convinced us, however, of the incalculable value of a great real estate agent. From start to ﬁnish, he was genuinely interested in saving
us money and effort, rather than simply looking to make a sale.

During our house-hunting experience, we interacted with many other agents—and while
many of them were highly qualiﬁed and professional, they never quite seemed to equal Scott’s level of experience and authority.”

“Scott Williams proved to be an exceptional real estate agent who was prepared from the very ﬁrst meeting, knowledgeable about the real estate market in Santa Barbara, and an excellent communicator. Scott kept us informed every step of the way and was always available for calls, texts, and emails. In short, Scott made a long-distance real estate sale easy and painless. We were particularly pleased with the results! We felt comfortable with
Scott and trusted his judgement.”