The year 2016 will go down as a good market in Montecito. Still, prices have paused in their upwards move that had lasted from 2012 to 2015. We are at a moment when the market is hesitating. Is it going to pick-up again? We are not quite sure. We are watching the market very closely to see if there will be a resurgence with the new year. 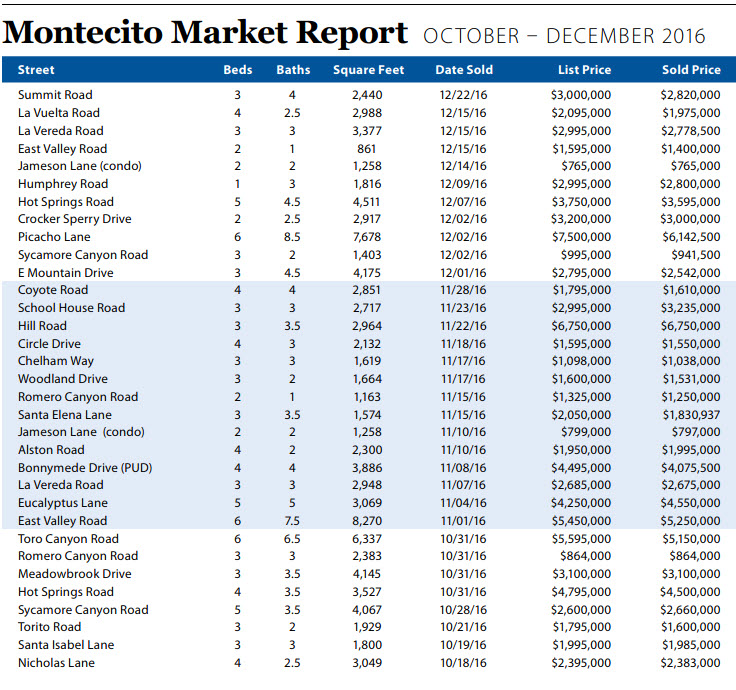 Taking a long range view things look pretty good. For the year as a whole we had 171 Montecito sales vs. 174 in the previous year. That difference is insigniﬁ cant. By most measures it was a good year. Certainly, it was nothing like the down years of 2008 to 2011. It did take 7 weeks longer to sell a Montectio home in 2016 than it did in 2015, so you may need to be prepared for a bit longer marketing time to make a sale.

We track the price that a seller actually receives compared to what they were originally asking. In December 2015 sellers were receiving 93.7 percent of the asking price, but in December 2016 they only received 86 percent. Sellers were dropping their prices during negotiations to get their homes sold. That drop of 7.7 percent means buyers had more of an upper hand than in past years. However, the last 30 days of the year brought good news as there was a small surge of higher-priced homes selling as the year ended.

The 2016 flat-to-slightly-dipping market could easily be swept away by a new burst of buying. Fortunately there are a lot of people looking. This can quickly alter the market back to one that is booming. I don’t believe that the market will continue to drop. I feel that the market is bouncing back, especially if what we are seeing in December elsewhere on the South Coast is a harbinger of things to come.

Like Montecito, the number of South Coast sales for the year was down a few percent with 1113 sales compared to 1,140 the year before. Despite fewer sales, the median price was up 3.6 percent, rising from $1.1 million to $1.14 million. Comparing what was asked to what buyers paid, the sales price ratio dropped from 94 percent to 92 percent. That drop meant that during the year buyers had more power. The inventory increased 24 percent, giving people a little more choice than previous years. All of these factors describe a market moving into a balance between buyers and sellers.

But, looking at December South Coast market there was a pick-up in both sales and pendings compared to 2015. There was a swing to more sales as the year ended, and I expect a good start to the year in 2017.

Do you need to venture into the real estate market in 2017? You may be capable of buying, but you will want a Montecito expert working at your side.

Prices have increased dramatically over the past ﬁ ve years. When it is time to sell and move, my experience will be of great help to you. I’m in the top 1 percent of sales agents in the United States at Berkshire Hathaway. This is sales performance at the outstanding level. Call and put these capabilities to work for you. 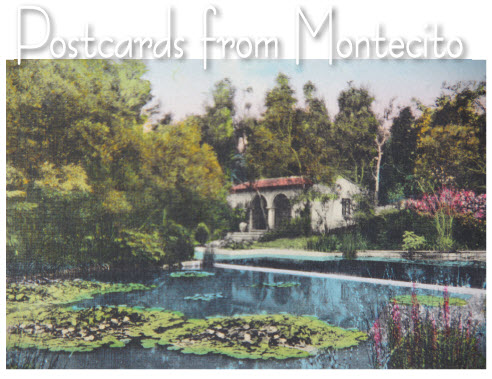