2016 Will Be Another Good Year 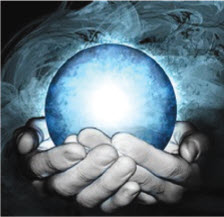 This long-term trend shows strong stability of real estate prices, without an expectation of either sharp rises or sharp drops. There are some exceptions. Silicon Valley and San Francisco, with their run-away creation of new high-tech jobs, had 10-20 percent increases for 2015. After several boom and bust cycles, a stable real estate market can be viewed as a good thing.

Because interest rates are rising for the ﬁ rst time in eight years, more buyers will enter the market as fence-sitters decide that now is the time to buy. Only about 25 percent of our South Coast sales are ﬁ rsttime home buyers, whereas the national average is between 30 and 40 percent. We simply do not have enough lower-priced homes to accomodate all of the ﬁ rst-time buyers. Presidental elections generally cause a slowdown in sales since some
people delay making big decisions until after the election. Nonetheless, I expect plenty of high end sales in Montecito and an inﬂ ux of out-of-town buyers, especially from the Bay Area. While it may not be a banner year, expect steady growth in 2016.