by Dr. Mark Schniepp, Director of the California Economic Forecast in Santa Barbara 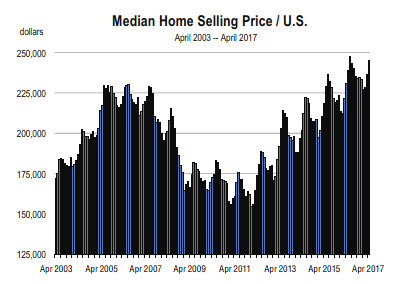 “housing bubble” and a long list of articles and blogs will come up that proclaim another bubble is back. That’s because the nationwide average of home prices is now in record territory again and that alone appears to be enough evidence to support the notion of a bubble.

But the price of many goods and services is at record levels right now. For example, your car and probably your refrigerator and the price of a pedicure are the highest they’ve ever been. Are those markets in a bubble?

Unprecedented prices frequently are the result of the fundamental forces of demand and supply. Let’s consider those regarding housing.

● Employment is strong throughout the state. The California unemployment rate is 4.8 percent. Just about everyone who wants a job, has one. Incomes are rising.

● Consumer sentiment is sky high. People feel very conﬁdent about their employment prospects, their future income prospects, and the stability of the economy right now.

● The ﬁnancial market composite indices are at or near all time record highs. Households owning financial assets are feeling more wealthy today than during the previous 10 years. 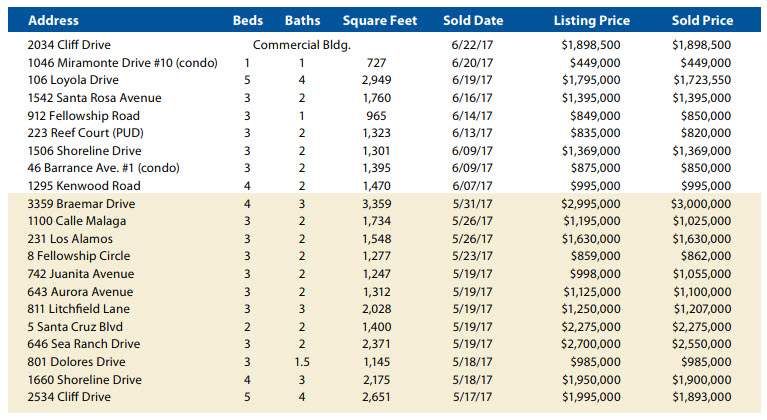 Despite the fact that the millennials aren’t buying many homes today, demand is still strong for housing because of the strength of the economy.

● Millions of additional homes were needed to be built between 1980 and 2010 to have stopped the state’s home prices from growing far faster than the nation as a whole. They were not, and not much is being built today either.

● Many owners don’t want to sell because they will reset their property tax base on a new home. This could double, triple or even quadruple their annual tax obligation.

● For-sale inventories of housing are at record low levels and the lack of available supply is materially constraining sales.

Credit conditions today are nothing like they were in 2006. FICO scores count and so does documentable income. Furthermore, unless you obtain an usually higher mortgage rate loan through an FHA approved lender, you need a suﬃ cient amount of cash as a down payment.

Austere supply conditions, combined with solid demand for housing, are the root cause of current price inflation in housing. Consequently, we don’t see any bubble forming in home prices. That said, if and when the economy softens, it is likely that housing prices will not decline that much.

I hope you found this guest column by my friend Mark Schniepp to be useful. Have a great summer and stay in touch.