How long does it take to build a house? My client Ron Abeles closed escrow on 129 Oliver Road on August 30, 2013. He quickly tore down the house and began the process of building a new home. He set September 2016 as his move-in date, which was extended multiple times and eventually became March 2017. That is three and a half years from start to finish, except for landscaping, which will take a few more months. The time was nearly evenly divided between the architect and City processes, and the actual construction. 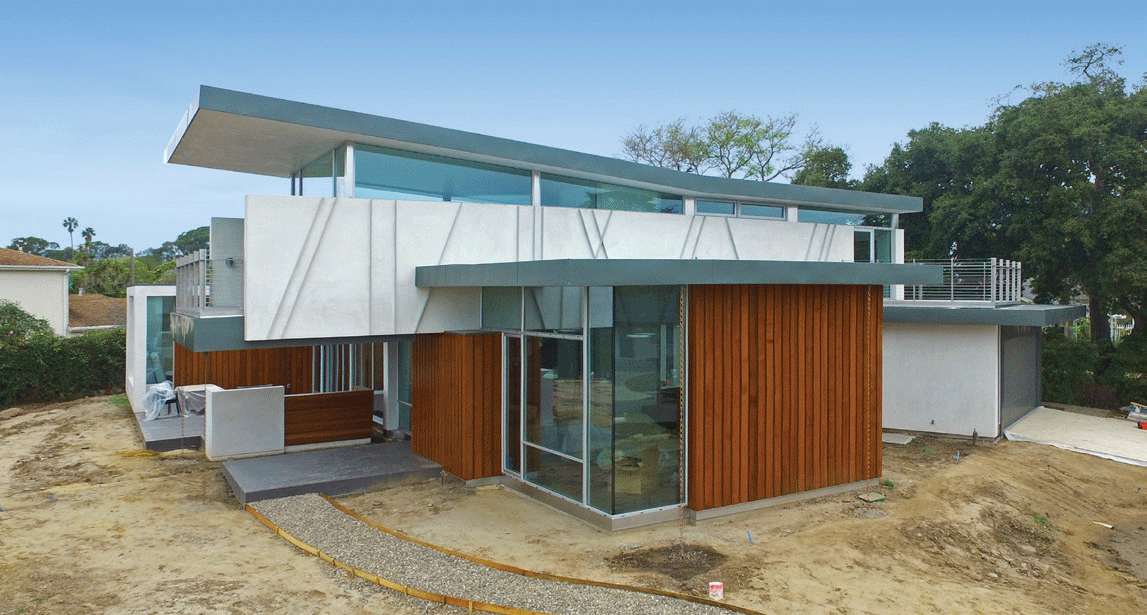 He is settling into his four bedroom, three bath, 2,900 square foot home. The attached 500 square foot garage brings the total to 3,400 square feet. The City is quite restrictive about what you can build these days. His house is 84 percent of the allowed ﬂoor area ratio (FAR) for the size of the lot — 12,500 square feet. It is modestly sized compared to what is allowed under the FAR rules. The house looks tall, because of the windows under the roof, and the sweeping roof line, but it is standard two story height. The city also required him to raise the house nearly three feet because of new state required drainage rules. 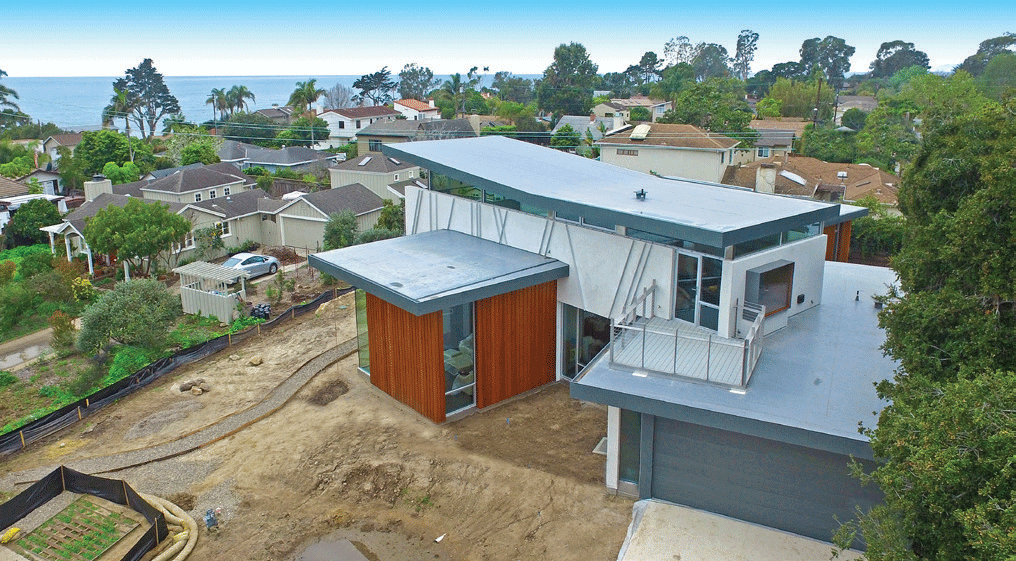 When I was there in early February, the home was starting to look normal with furniture in many locations. A couple of fellows from Mission Audio were busy connecting wires for the entertainment systems. There were even ventilation fans in the stereo closet to cool the hot air coming from the equipment.

As we arrived, Ron was putting together the security system by himself. A security system used to cost thousands of dollars and required professional assembly with hidden wires. Now the entire sophisticated (wireless) system is sent in a box to the home owner, costs only $450, and comes with a dozen already assembled parts to put on the walls. The system hooks into existing smoke detectors and automatically calls the appropriate ﬁ re or police department in case of an emergency, or break-in.

As we toured the house, we looked at the wind ow (American glass and Belgian frame) which was replaced three times (4th is the charm) before the perfect size was able to be installed. The windows both rotate and tilt out, are energy eﬃ cient, and are super cool looking.

The guest bedroom boasts the best ocean view in the home, but it has so many windows that the guests will get a wake-up call from the sun every morning. The exotic design and placement of windows meant unusual problems for mounting blinds. A couple of companies came out and threw up their arms saying they couldn’t do it. It took a call to an interior designer to get a referral to a company that could handle the job.

The spacious, modern kitchen is inviting. The appliances are Thermador and Sub-Zero. There is a lot of little ﬁ nishing work to be done, but Ron hopes the major work has been completed.

One feels palpable excitement about what it will be like to live in the new home. All the years of imagining, planning, and executing are coming to a close. Ron says that working with his architect and builder continues to be a pleasure.

This home will be a landmark for years to come on the Mesa.
It has been enjoyable to come along with Ron over the years of planning and construction.

“Scott was sensitive to our own situations, and remained a steady support for us during the process. We enthusiastically recommend Scott.”
– Elizabeth Wilson