Eilings Park – 230 acres along the western edge of the Alta Mesa – has greatly increased the popularity of the Mesa neighborhood over the past 50 years. Previously, the northern part was a city dump; now the covered landfill is a jewel of the Mesa. The transformation began in 1965 when officials declared the landfill full.
Soon, forward thinking leaders stepped in to create a sparkling recreational area. 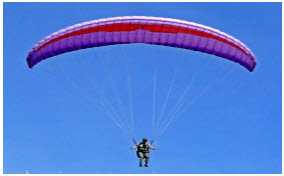 In 1972 the tennis complex was completed and the park was born. Over the following decades a committed group
including Jerry Harwin, and the Fleischmann and Godric Foundations, and thousands of donors large and small, have made the park what it is today.

In 1999 a large donation by the Virgil Eilings family helped to complete the purchase of the adjoining Jesuit Property, more than doubling the size of the park. The name of the park was changed to honor his donation.

If you haven’t visited the park there are softball diamonds, tennis courts, as well as picnic and view areas which are frequent venues for weddings. The park includes a BMX bike track, numerous trails for walking and biking,
and an off-leash park for dog walking. For the adventurous it is one of the best locations in America to learn to
parasail. Yes, that is me in the picture – learning to fly.

Eilings Park is an amazing addition to the Mesa, and we are no longer the neighborhood next to the dump! It is completely maintained without a dollar of public funds. The park is supported entirely through generous donations, and is the largest privately funded park in America.

On the Mesa there were 16 closings this month with 13 in escrow. Thirty percent of listings sold over list price. The Mesa market is hot right now. 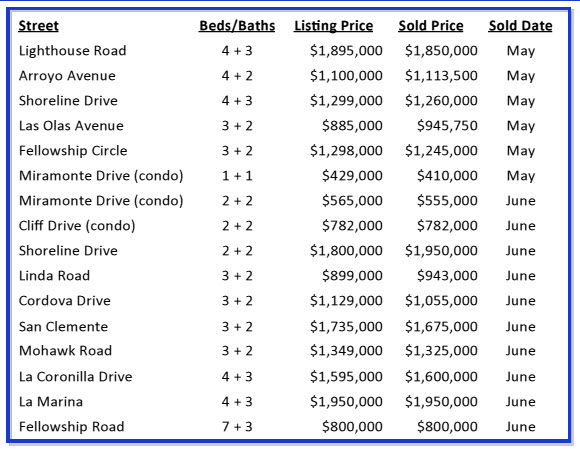 “You accomplished a very successful sale of a home that had some initial problems. Your years of experience in both good and lean markets made all the difference. Your steady guidance throughout, and expert knowledge proved invaluable.”